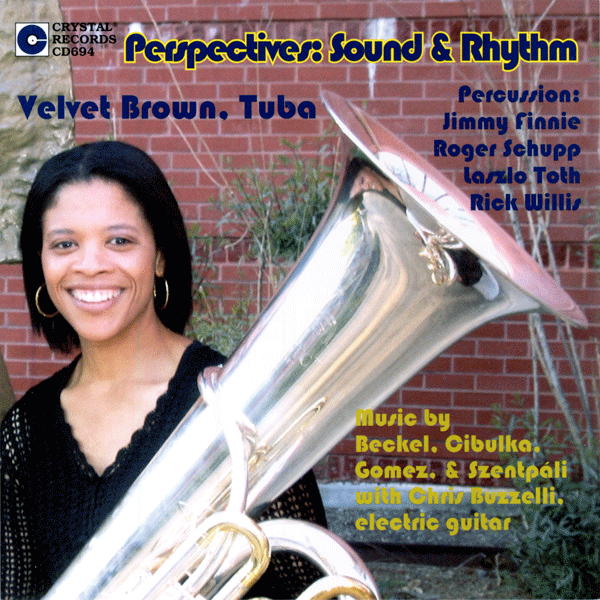 "Velvet Brown is a protégé of the great Roger Bobo...and she has obviously picked up a lot of feisty pointers from the master. One is certainly the sound - no flatulent, inarticulate oompah-pahs here, but a focused, rock-solid tone that has as many echoes of the trombone as what we normally associate with the tuba. She is technically adept in every facet of playing and her ability to delineate clean, separate fast notes with non-blurred articulation is quite stunning." --Fanfare, May/Jun 2007

"Velvet Brown demonstrates tremendous range, technique and flexibility throughout this recording. More impressive than this, however, are her rhythmic style and her ability and willingness to play with a variety of sounds and articulations to best match the music. She shows herself to be a well-rounded and creative soloist." --ITA Journal, Apr. 2008

"New music is what the tuba has had to be about in the years since the early 1970's. It's now time to take it to the next level. Velvet Brown is making a place for herself in the tuba world by doing just that. Every tubist needs to have this CD in their collection!" --NACWPI Journal, Fall 2007

Perspectives in Rhythm can be purchased here