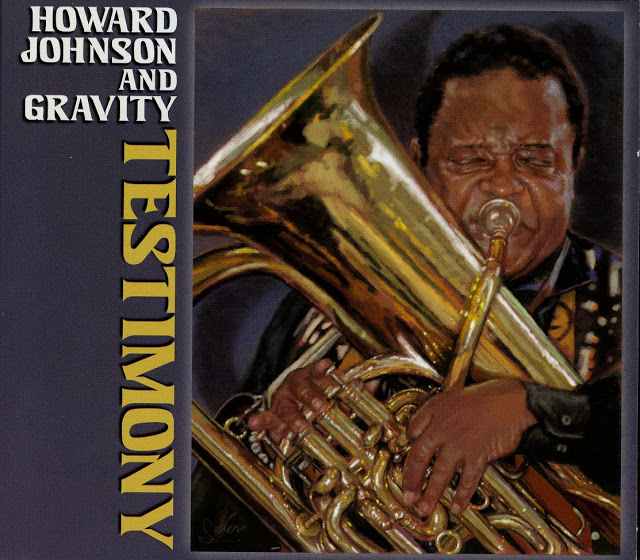 Internationally acclaimed multi-instrumentalist and veteran sideman Howard Johnson takes a turn in the spotlight with a new release, Testimony, recorded with his 10-piece tuba choir, Gravity.

Testimony includes eight tunes ranging from soulful to funky to bluesy to cookers. Gravity’s take on Johnson’s originals as well as compositions by McCoy Tyner, Carol King, and others, testifies to the range and versatility of the tuba.

Over the past half century, Howard Johnson, the eminence grise of low brass, has appeared on hundreds of albums playing tuba, baritone sax, bass clarinet, electric bass and other instruments with the giants of many genres. The New York Times’ critic Nate Chinen credits Johnson as “the figure most responsible for the tuba’s current status as a full-fledged jazz voice.” With Testimony, his third recording with Gravity (and his fourth as a leader) Johnson takes a giant step forward in making the music world safe for tubas and low brass, delighting—and enlightening—listeners in the process.

Testimony can be purchased here